Daimler's first six cylinder engine. Larger bore and stroke than the C4F engine though retaining the overhead camshaft. The engine was a forerunner of the D6F and D I engines 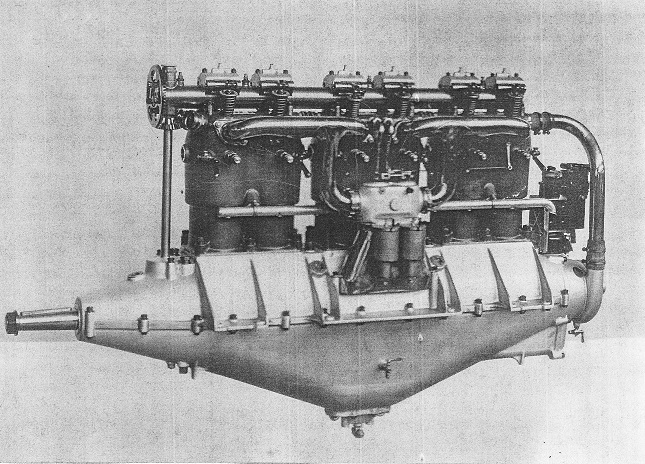 Type E6F The type E6F was one of the first Mercedes engines to employ an overhead camshaft and the valve gear which has proven so popular. This engine was rated at 100h.p. and said to weigh 444Ibs. The bore was 120 mm, the stroke 140 mm, and the total displacement 578.46 cu.in. The fuel and oil consumption were reported as .53 and .033 Ibs. per h.p-hr., respectively.